"Highest ranking Iranian American in the United States Government" In March 2021, a three-judge panel of the 4th Circuit Court of Appeals overturned a judge’s ruling last year tossing out the guilty verdicts against Bijan Rafiekian, a California businessman who worked with Flynn on a lobbying and public relations campaign targeting a longtime opponent of the Turkish government, Fethullah Gulen. Rafiekian could ask the full bench of the appeals court to take up the case or seek review at the Supreme Court. Without further intervention, the case will return to Trenga for Rafiekian to be sentenced. He faces a maximum possible sentence of 15 years in prison, but sentences in similar cases are typically far short of the maximum. 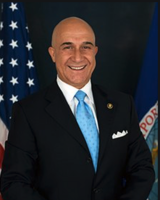