During his tenure at the U.S. Department of Education from 2001 to 2005, Secretary Paige was a fierce and innovative champion of education reform who led the way in setting new standards of achievement for all students in our education system. He spearheaded the implementation of the historic No Child Left Behind Act, with its goal of reinvigorating America’s education system. Dr. Paige has devoted his life to transforming the state of education by improving the way that children learn on all levels, a passion that has manifested itself most recently when he co-founded the bi-partisan Chartwell Education Group, LLC. This group is a consulting firm devoted to offering solutions to the 21st Century challenges faced by the public and private sector enterprises that focus on pre-K, K-12 and post-secondary education, both in the United States and throughout the world. His appointment by President George W. Bush as the seventh U.S. Secretary of Education, and the first school superintendent to serve in this position, was a signal honor for Dr. Paige, the son of a principal and a librarian in the public school system. Born in 1933 in segregated Monticello, Mississippi, Dr. Paige’s accomplishments speak of his commitment to education. He earned a Bachelor’s degree from Jackson State University in his home state. He then earned both a Master’s and a Doctoral degree from Indiana University. Dr. Paige began his career as a teacher and coach. 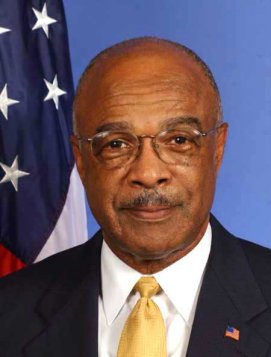