Author and Conservative member of the House of Lords

Matthew White Ridley, more commonly known as Matt Ridley, is a British science writer/journalist and popular author, with regular articles written in The Times and the Wall Street Journal. Ridley is a powerhouse of climate denial in Britain. He argues: “I am not a 'denier'. I fully accept that carbon dioxide is a greenhouse gas, the climate has been warming and that man is very likely to be at least partly responsible. […] you can accept all the basic tenets of greenhouse physics and still conclude that the threat of a dangerously large warming is so improbable as to be negligible, while the threat of real harm from climate-mitigation policies is already so high as to be worrying, that the cure is proving far worse than the disease is ever likely to be.” He has also previously said that: “A cumulative change of less than 2°C by the end of this century will do no net harm. It will actually do net good." He also has a significant amount of coal on his property. The peer’s Blagdon Estate, held by a family trust, today covers a majority part of the open mines at Shotton and Brenkley Lane, north of Newcastle Ridley is also a past chairman of Northern Rock, where he was responsible (according to parliament's Treasury select committee) for a “high-risk, reckless business strategy” which the group was able to pursue as the result of a “substantial failure of regulation” by the state. 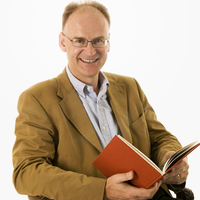