Sheldon H. Solow, a Manhattan real estate developer who built a commercial and residential empire from scratch over a half-century, but left his son to finish his crowning project, a line of towers down the East River from the United Nations complex, died on Tuesday November 17 2020 in Manhattan. He was 92. His wife, Mia Fonssagrives Solow, confirmed the death, at Weill Cornell Medical Center, but did not specify a cause. New York City developer owes his fortune to one building: iconic 9 West 57th Street. One of Manhattan's premier office buildings, with panoramic views of Central Park and Midtown; home to several high-profile financial firms, including KKR; commands rents of up to $200 per square foot. Also owns several apartment buildings on Upper East Side. Received city approval in March for $4 billion plan to redevelop 9.8 acres of former Con Edison land along Manhattan's East River. Recently donated land to aid expansion of NYU's Institute of Fine Arts. Sheldon Henry Solow was born in Brooklyn on July 20, 1928, to Isaac and Jennie (Brill) Solow. His father was a bricklayer who developed homes in Brooklyn but lost them during the Great Depression, forcing him to return to masonry work. Sheldon and his sisters, Renee and Rosalie, attended public schools in Brooklyn. After attending New York University for a year, he quit to try real estate. Mr. Solow married Ms. Fonssagrives, a sculptor and jewelry designer, in 1972. Besides his wife and his son Stefan, he is survived by another son, Nikolai Solow, and 13 grandchildren. 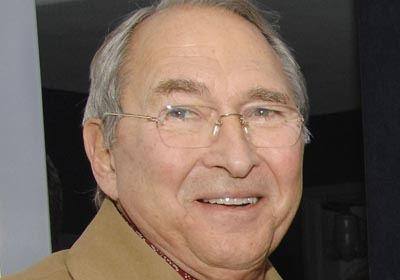