Walid A. Chammah and James P. Gorman as Co-Presidents of the Firm, working closely together across all aspects of Morgan Stanley’s business. In addition, on a day to day basis, Institutional Securities will report to Mr. Chammah and Wealth Management and Asset Management will report to Mr. Gorman. They will report to Chairman and Chief Executive Officer John J. Mack, and Mr. Chammah will continue to be based in London. James P. Gorman, 49, joined Morgan Stanley in February 2006 as the President and Chief Operating Officer of the Global Wealth Management Group (GWMG). In October 2007, Mr. Gorman took on the additional role of Co-Head of Strategic Planning with Chief Financial Officer Colm Kelleher. In this role, Mr. Gorman works closely with other senior managers on continuing to develop global strategic initiatives for the Firm. Prior to joining Morgan Stanley in February 2006, Mr. Gorman held a succession of executive positions at Merrill Lynch, including leading from 2001 to 2005 the company’s U.S. and, subsequently, global private client businesses, the equivalent of GWMG at Morgan Stanley. Before joining Merrill Lynch, Mr. Gorman served as a senior partner of McKinsey & Company, where he was a member of the financial services practice, and as an attorney in Melbourne, Australia. Mr. Gorman is a trustee of the Columbia Business School and of the Spence and St. Bernard’s schools in New York City. He was formerly a member of the board of directors of the Securities Industry and Financial Markets Association in Washington, D.C., and served as Board Chairman in 2006. A native of Australia, Mr. Gorman earned a B.A. and law degree from the University of Melbourne and an M.B.A. from Columbia University. 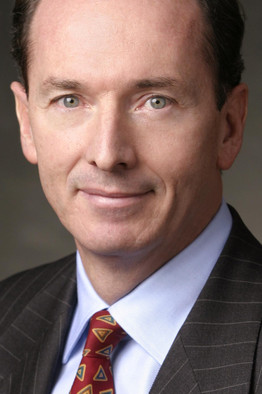