US Representative from California (2001-present)

US Representative for California's 28th district (previously served for the 27th and 29th) born in Framingham,MA., June 22, 1960; graduated from Stanford University, Stanford, Calif., 1982; J.D., Harvard University, 1985; member of the California senate, 1996-2001; one of the managers appointed by the House of Representatives in 2009 to conduct the impeachment proceedings of Samuel B. Kent, judge of the United States District Court for the Southern District of Texas; elected as a Democrat to the One Hundred Seventh and to all succeeding Congresses (January 3, 2001-present). 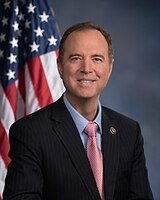