Livingston Group Lobbyist & Former US Representative and Senator from Colorado

A Representative and a Senator from Colorado; born in Fort Collins, Colo., December 2, 1943; attended the public schools in Walden and Fort Collins, Colo.; graduated from Colorado State University with a degree in veterinary medicine 1968; practiced veterinary medicine in Loveland, Colo.; member of the Colorado state senate 1982-1990; elected as a Republican to the One Hundred Second and to the two succeeding Congresses, and served from January 3, 1991, to January 2, 1997; not a candidate for reelection to the House of Representatives in 1996; elected as a Republican to the United States Senate in 1996 and reelected in 2002 for the term ending January 3, 2009. 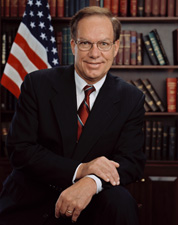