The Atlantic Council today named Jon M. Huntsman, Jr.―one of America’s most prominent politicians, business leaders, and diplomats―as new chairman of its Board of Directors. His appointment takes immediate effect. The announcement follows a period of extraordinary growth in the size, scope, and influence of the nonpartisan organization, driven by the Atlantic Council’s expanded mission of galvanizing the transatlantic community and its global partners to address the world’s most pressing challenges. This transformation has included deepening the Atlantic Council’s work on international security while launching new centers addressing global business and economics, the Middle East, Latin America, Africa, South Asia, and Eurasia. Huntsman succeeds Chuck Hagel, who stepped down early last year after President Barack Obama nominated him to serve as US secretary of defense. Since then, Brent Scowcroft, two-time US national security advisor, has served as the Atlantic Council’s interim chairman. “In Jon Huntsman, we have selected a chairman whose extraordinary skills will further advance the dramatic transformation of the Atlantic Council that has occurred over the past seven years under President and CEO Frederick Kempe, with whom he will work closely,” said General Scowcroft, who will remain as chairman of the Atlantic Council’s International Advisory Board. “Huntsman is a first-class global thinker, public servant, and business leader all rolled up into one person.” At age 53, Huntsman has served as governor of Utah, as US ambassador to both China and Singapore, and as an official in the administrations of four US presidents, beginning as a staff assistant to President Ronald Reagan. He was a candidate for the 2012 Republican nomination for president. As US deputy trade representative, he launched global trade negotiations in Doha in 2001 and guided China’s accession negotiations into the World Trade Organization. As a business leader, he has served as vice chairman of Huntsman Corporation and chairman and CEO of Huntsman Holdings, and is currently on the boards of Caterpillar, Chevron, and Ford. Huntsman has also served on several nonprofit boards, including most recently as chairman of the Huntsman Cancer Foundation. Said Huntsman, “It is an honor to have been chosen as chair of the Atlantic Council at a time when it is poised to play an increasingly important global role. What the Council’s leadership understands is that we are at an historic inflection point where consistent and constructive US leadership alongside our European allies―and in close cooperation with other global partners―will be decisive in shaping the future.” Governor Jon Huntsman has had a distinguished career as a politician, diplomat, and businessman. He currently serves as Chairman of both the Atlantic Council, a premier foreign policy think tank, and the Huntsman Cancer Foundation. His robust record of public service includes service as U.S. Ambassador to China and to Singapore, Deputy United States Trade Representative, Deputy Assistant Secretary of Commerce for East Asian and Pacific Affairs, and Deputy Assistant Secretary of Commerce for Trade Development. He was also twice elected Governor of Utah. In the private sector he is a director on numerous corporate boards including Hilton, Chevron, Ford Motor Company, and Caterpillar. He and his wife Mary Kaye are the parents of seven children. 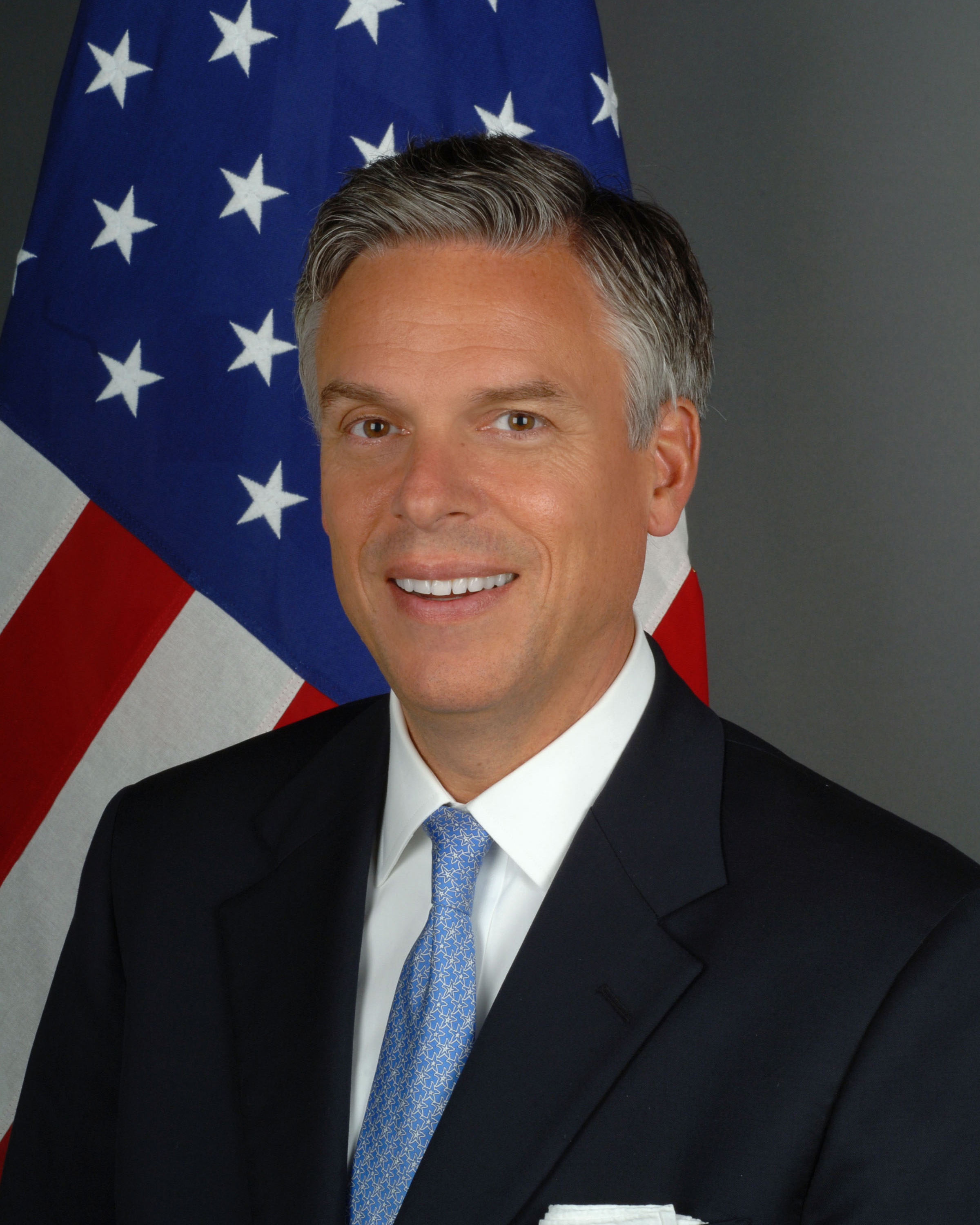