Mr. Jack S. Blanton, Jr. was born in Houston on July 28, 1953. He attended the University of Texas where he received his B.A. in 1975 and then an MBA from the Jones School at Rice in 2001. Mr. Blanton has been the Chairman of Nicklos Drilling Company since 1992, a land based drilling company that operates in the Gulf Coast of Texas and Louisiana. Among his civic interests, Mr. Blanton is very active in the Museum of Fine Arts Houston, the Methodist Hospital Research Institute and Jones Graduate School of Business Council of Overseers. He is married to Leslie D. Blanton, who also graduated from the Jones School. They have three children, Mary Catherine, Jack III and Elizabeth. 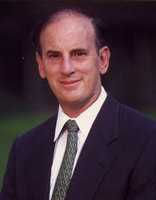