Knights of Columbus was born out of struggle, one of a spate of fraternal and beneficial organizations to emerge in Catholic circles in an effort to provide protection and a path to assimilation into a new country. Founded in 1882, the Knights' original mission was to save women and children from poverty through an insurance program. But today, one wonders what Fr. Michael McGivney, the charismatic young priest who founded the Knights of Columbus in a church basement in New Haven, Connecticut, would make of his organization. Almost 2 million men call themselves Knights of Columbus, and the organization reported revenues of more than $2.2 billion in 2015, the latest year such information is available. Moreover, in the past decade, the organization has donated $1.55 billion to charity, according to the Knights. For more than a decade and a half, under the leadership of a former political operative, the Knights of Columbus has increasingly used its enormous wealth to influence the direction of the church, underwriting think tanks and news outlets while gaining entrée to some of the highest levels of decision-making in the church. 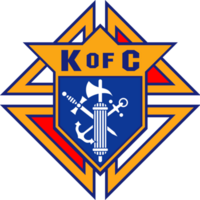