CED is a non-profit, non-partisan business led public policy organization. CED is dedicated to policy research on major economic and social issues and the implementation of its recommendations by the public and private sectors. Membership is made up of some 200 senior corporate executives and university leaders who lead CED’s research and outreach efforts. Since its inception in 1942, CED has addressed national priorities that promote sustained economic growth and development to benefit all Americans. These activities have helped shape the future on issues ranging from the Marshall Plan in the late 1940s, to education reform in the past two decades, and campaign finance reform since 2000. CED's Trustees not only determine what those priorities should be; but also participate in the subcommittees which produce the policy statements containing CED's findings and recommendations. CED is a Trustee-directed organization. CED's Trustees are chairmen, presidents, and senior executives of major American corporations and university presidents. Trustees alone set CED's research agenda, develop policy recommendations, and speak out for their adoption. Unique among U.S. business organizations, CED offers senior executives a nonpolitical forum for exploring critical long-term issues and making an impact on U.S. policy decisions. CED is proud of its reputation as a group of business and education leaders committed to improving the growth and productivity of the U.S. economy, a freer global trading system, and greater opportunity for all Americans. CED's Trustees understand that business, government, and individuals are jointly responsible for our mutual security and prosperity. 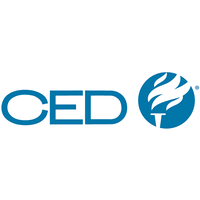