David is President and Chief Executive Officer of Philadelphia-based Entercom Communications Corp., the country’s fourth-largest radio broadcasting company and a member of the New York Stock Exchange. Prior to becoming Entercom’s President in 1998, David served in a number of positions with the company, including Chief Operating Officer and Chief Financial Officer. Before joining Entercom, David was an investment banker at Goldman, Sachs & Co. in New York. David holds a B.A. in economics from Amherst College and an M.B.A. from the Wharton School of the University of Pennsylvania. David serves on the boards of Entercom, The National Constitutional Center, The Radio Advertising Bureau, and The Wilderness Society. He served as Chairman of the Radio Board of the National Association of Broadcasters from 2005-2007. David is a former trustee of the Philadelphia Zoo and the Ad Council. 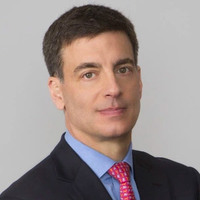