Ron Packard is the CEO and Founder of Pansophic Learning, a global technology based education company. Packard is a well known educator, entrepreneur and visionary as well as the author of the highly regarded and reviewed book Education Transformation. Packard was previously the long time CEO and Founder of K12 Inc. He oversaw the growth of K12 from just an idea to almost one billion in revenue, making it one of the largest education companies in the world. During his tenure, revenue compounded at near 80%. Before K12, Packard was the Vice President of Knowledge Universe and CEO of Knowledge Schools, one of the nation’s largest early childhood education companies. He was also instrumental in the successful investments in Learn Now, Children's School USA, Leapfrog, TEC, and Children's Discovery Center. Packard also worked for McKinsey & Company and for Goldman Sachs in mergers and acquisitions. 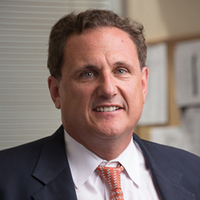