Elected to the New York State Senate in November, 2008

Daniel Squadron is serving his fourth term representing New York's 26th Senate District, which includes the Brooklyn neighborhoods of Greenpoint, Williamsburg, Vinegar Hill, DUMBO, Fulton Ferry, Brooklyn Heights, Downtown Brooklyn, Boerum Hill, Cobble Hill, Carroll Gardens, and Columbia Waterfront, and the Manhattan neighborhoods of Tribeca, Battery Park City, the Lower East Side, Chinatown, the Financial District, Little Italy, SoHo, and the East Village. First elected in November 2008 at the age of 28, he unseated a 30-year incumbent who had been in office since before Senator Squadron was born. In the Senate, Senator Squadron has worked tirelessly to reform Albany; strengthen affordable housing; promote comprehensive, community-empowering economic development; enhance regional transportation infrastructure while improving pedestrian and road safety; protect the most vulnerable in our society; and secure parks and open space for all communities. At the heart of these priorities is Senator Squadron’s ability to bring diverse parties together to find practical solutions that make government work better for people and communities. Public transit and complete streets are critical to New York's success -- and Senator Squadron has been a driving force on both. Senator Squadron worked with the MTA to create the first-of-its-kind subway full line reviews, leading to improved service on the G, F and L lines. He's been a leader in the the fight for a sustainable funding stream for New York's public transit system. Senator Squadron's "Hayley and Diego's Law" now cracks down on careless driving, and his Delancey Street Safety Working Group led to significant safety improvement along one of the city's most dangerous corridors. Senator Squadron is a strong believer in the importance of parks and open space for all communities. He's long advocated for a Harbor Park -- a central park for the center of our city -- and has successfully moved each of its elements forward: from agreements to secure the futures of Brooklyn Bridge Park and Governors Island, to new funding to build a world-class waterfront park on the Lower East Side's Pier 42. In the Senate, Senator Squadron has fought to change the way Albany does business so that our government can work more effectively for us. He was a lead author of the comprehensive ethics reform package that passed both houses of the legislature in 2010 and paved the way to new ethics laws in 2011, and he wrote the law that now prohibits public officers from using government resources for their own for-profit business. Senator Squadron is also a leader in reforming New York's broken campaign finance system; among a number of bills he's introduced is legislation that would make New York a national leader in the fight against Citizens United and empower people -- rather than corporations -- in the political process. Senator Squadron has also worked to make government work for small businesses. In 2011, his bill to create benefit corporations -- a new type of business that can pursue both profit and social good -- became law, putting New York on the cutting edge of a new kind of social entrepreneurship and potentially unleashing billions in new investment. He's fought to grow New York's burgeoning tech sector, including by successfully advocating for a new NYU tech campus in Downtown Brooklyn and a new bus route to serve the developing "Tech Triangle" in DUMBO and the Brooklyn Navy Yard. As the former chair of the Social Services Committee, Senator Squadron successfully fought to expand critical programs like summer youth employment, settlement houses, and Nurse-Family Partnership, a proven home visitation program for vulnerable first-time mothers and their infants. A leader in the fight for affordable housing, Senator Squadron sponsored the law to bring over $1 billion in federal funds into New York City's public housing over the next 15 years, allowing for critical improvements in 21 developments in which tens of thousands of New Yorkers live. He's also worked to secure key rent reforms, including his provision to curb a loophole that allowed individual apartment improvements to be used to take apartments out of stabilization. Prior to joining the State Senate, Senator Squadron served as a top aide to U.S. Senator Chuck Schumer, and together with Senator Schumer co-authored "Positively American: Winning Back the Middle Class Majority One Family at a Time." As part of the effort to pass the Rebuild and Renew Transportation Bond Act, he worked to secure nearly $3 billion in infrastructure improvements and expansion to our subways and buses. He also worked for our public school system to move money from the bureaucracy to the classroom. Dedication to public service to create meaningful change began at an early age for Senator Squadron. His paternal grandfather came through Ellis Island and was raised on the Lower East Side; his father rose from poverty to become the Chairman of the Conference of Presidents of Major American Jewish Organizations. His maternal grandfather was a World War II veteran and Brigadier General in the Air Force; his mother volunteered during the Mississippi Freedom Summer of 1964 and was a top staffer at the American Civil Liberties Union. A graduate of Yale University, Senator Squadron lives in Carroll Gardens with his wife and two sons. Current Standing Committee Assignments: Codes (Ranker); Cities (Ranker); Investigations & Government Operations; Social Services; Corporations, Authorities & Commissions; Transportation; Finance; Judiciary 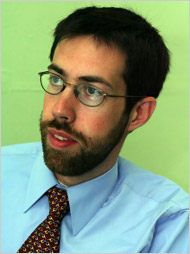