Ambassador Tod Sedgwick previously served as U.S. Ambassador to the Slovak Republic from 2010 to 2015. He is a Fellow at the Transatlantic Center at The Johns Hopkins School of Advanced International Study and a Senior Fellow at the Center for the Study of the Presidency and Congress, positions he has held since 2015. He is a member of the Ambassadorial Advisory Committee of the Atlantic Council and is on the board of the International Foundation for Electoral Systems. From 1987 to 2010, Sedgwick was President and CEO of Sedgwick Publishing Co. During that period, he was also President and CEO of Red Hills Lumber Co. from 2000 to 2008 and Director of Sedgwick Land Company from 1992 to 1998. In 2001, he founded IO Energy, an online energy information company covering the natural gas, coal, and electricity industries, and served as its Chairman from 2001 to 2004. He also founded Pasha Publications, a specialty publisher focused on energy, defense and environment markets, and served as the chief executive from 1978 to 1998. Since 2015, Sedgwick has served on the Board of Directors for the Slovak American Foundation. He is a former trustee of the Institute of Current World Affairs. He has previously served on the Board of Directors for the Folger Shakespeare Library, Shakespeare Theater Co., the Civil War Preservation Trust, and the Wetlands America Trust. Sedgwick received an A.B. from Harvard College. Sedgwick is the great-great-grandson of Theodore Sedgwick (1746-1813), a member of the Continental Congress who served in the U.S. Senate, and was the fourth Speaker of the U.S. House of Representatives. His grandfather, Ellery Sedgwick, Sr., was editor and publisher of Atlantic Monthly magazine. His father, Ellery Sedgwick, Jr., was a naval intelligence officer during the D-Day invasion and his uncle, William Ross Bond, was a brigadier general who was killed in the Vietnam War. 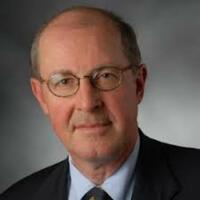