Andrew L. Farkas founded Island Capital Group LLC in May 2003 and is its Managing Member, Chairman and CEO. Mr. Farkas was previously Chairman and Chief Executive Officer of Insignia Financial Group, Inc. (NYSE: IFS), a global real estate services company that he founded in 1990 and was merged with CB Richard Ellis in July 2003 to form the world's largest commercial real estate services company. In its heyday, Insignia was the largest owner and operator of multifamily residential housing and among the largest owners and operators of commercial space in the United States, owning, controlling or managing approximately 350,000 apartments and over 200 million square feet of commercial space. The portfolio had a gross capitalization in excess of $10 billion. Immediately subsequent to Mr. Farkas’ merging of Insignia with CBRE in 2003, he founded Island Capital Group, a real estate merchant banking firm specializing in real estate investing, real estate operating businesses and real estate securities. Island presently owns controlling interests in a number of businesses which manage, in the aggregate, in excess of $180 billion of assets. Among these are C-III Capital Partners, one of the largest CMBS investors and Special Servicers in the US., and Island Global Yachting, the leading owner and operator of yachting oriented resorts in the western hemisphere. Mr. Farkas is an avid philanthropist, sailor and cook. He is a supporter of and involved in The Fresh Air Fund, Playwrights of New York (PONY), The Arthur Miller Foundation, NARAL, the ASPCA, AMFAR, The Doe Fund, The Young Women’s Leadership Network, Trinity School, Harvard University and various other health, education and welfare oriented charities. He serves as Graduate Chairman of the Hasty Pudding Institute of 1770 (www.hastypudding.org). The Hasty Pudding Institute resides at Farkas Hall, one of the primary performing arts centers at Harvard University, so named in connection with a major gift given to the University by Mr. Farkas. Mr. Farkas received a B.A. degree from Harvard University in 1982, where he majored in economics. 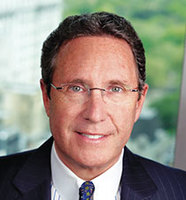