Darwin Deason has served as our Chairman of the Board since our formation in 1988. Mr. Deason also served as Chief Executive Officer from our formation until February 1999. Prior to our formation, Mr. Deason spent 20 years with MTech Corp., a data processing subsidiary of MCorp, a bank holding corporation based in Dallas, Texas, serving as MTech's Chief Executive Officer and Chairman of the Board from 1978 until April 1988, and also serving on the boards of various subsidiaries of MTech and MCorp. After acquiring Affiliated Computer Services in 2010, Xerox spun off its operations in 2016 to create a new publicly traded company, Conduent, which specializes in business process services. Xerox retained its legacy printer and copier business in the split. Deason sued Xerox in 2016 over the terms of that transaction, but ultimately reached a settlement that gave him preferred shares in both of the entities. 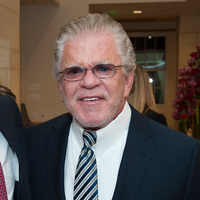