Alden J. McDonald, Jr. is President and CEO of Liberty Bank and Trust Company, one of the top African-American owned financial institutions in the United States. McDonald oversees an expanding network of banking institutions serving urban communities and providing leadership in community development to a diverse customer base throughout America. He is recognized as a passionate advocate and dynamic catalyst in providing avenues for economic growth, home ownership, wealth building and leadership development in the African-American community. Mr. McDonald has gained a national reputation as a creative, insightful, yet practical problem solver who has developed mortgage and banking products that enhance the opportunities for the financially underserved, as well as, upwardly mobile populations of America's cities. A graduate of the LSU School of Banking and of Columbia University's Commercial Banking Management Program, Mr. McDonald celebrate 50 years in banking this year. Under his stewardship, Liberty has grown from an initial asset base of $2 million to more than $650 million in assets. Over the past ten (10) years, Liberty has closed over one billion dollars in loans. Liberty now operates financial institutions in eight (8) states and nine (9) major urban areas. Following Hurricane Katrina, Mr. McDonald's extraordinary efforts in rebuilding the bank and providing guidance in the recovery of New Orleans has been chronicled in the New York Times. He was recognized as one of the most dynamic African-American business leaders in Fortune Magazine and he has been celebrated on numerous occasions in Black Enterprise magazine and several local and national publications. In addition, Mr. Mc Donald has served on the boards of numerous local, regional, and national institutions and agencies, including FannieMae, the FDIC Advisory Committee on Economic Inclusion, the American Bankers Association, the National Bankers Association, the Louisiana Bankers Association, Entergy New Orleans, and Minority Alliance Capital. 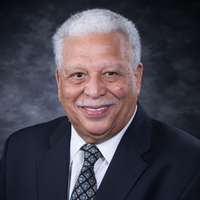