former US Representative from Louisiana

Charlie Melancon was born and raised in Napoleonville, Louisiana, a town of 600 people in the South Louisiana Bayou Country. His grandfather was a sugarcane farmer and his father managed a sugar mill. After Charlie graduated from the University of Southwestern Louisiana (now the University of Louisiana Lafayette), he returned home and became a successful small businessman, running an insurance agency and operating a small chain of Baskin Robbins ice cream stores. Charlie was elected to his first of three terms in the Louisiana state legislature in 1987. In 1993, he returned to the industry he grew up in, becoming the President and General Manager of the American Sugar Cane League. In 2004, Charlie won election to Congress by less than 600 votes in one of the closest elections in Louisiana history. Rep. Charlie Melancon established himself in Congress as a centrist, pro-business Democrat who fits the proud populist tradition of Louisiana politics. Charlie served in the leadership of the centrist Blue Dog Democrat Coalition. At of the beginning of 2011, Charlie became the Senior Vice President of Government Relations and Public Policy for the IFA (International Franchise Association). Charlie continues to maintain his residency and home in Napoleonville, LA with his wife of 39 years, Peachy. The couple has two grown children, Seph and Claire, who live with their families in south Louisiana. A Representative from Louisiana; born in Napoleonville, Assumption Parish, La., October 3, 1947; B.S., University of Southwestern Louisiana, Lafayette, La., 1971; businessman; chairman, Louisiana State University Agricultural Development Council; member, Louisiana state house of representatives, 1987-1993; elected as a Democrat to the One Hundred Ninth and to the two succeeding Congresses (January 3, 2005-January 3, 2011); not a candidate for reelection, but was an unsuccessful candidate to the United States Senate in 2010. 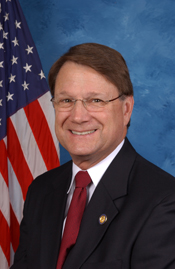