In 2009, Bradley Tusk served as the campaign manager for New York City Mayor Michael Bloomberg’s successful re-election bid. The Bloomberg campaign was described by the New York Times as a "juggernaut.” The New York City Mayor's race was considered to be among the nation's highest profile elections in 2009. Bradley was recently named one of the “Top 20 most influential people in New York City” by City Hall News and was ranked 24th on City&State’s “New York City Power 100.” Prior to serving as campaign manager for Bloomberg 2009, Bradley served as Deputy Governor of the State of Illinois from 2003-2006, where he oversaw the $60 billion state budget, policy, legislation, communications, and operations covering over 57,000 employees. After serving as Deputy Governor, Bradley served as Senior Vice President at Lehman Brothers, where he created the lottery monetization group and headed all of its efforts regarding U.S. based lotteries. Combining his backgrounds in finance and politics, Tusk developed a successful framework to help states monetize their lotteries. Before his appointment as Deputy Governor, Bradley served as Special Assistant to New York City Mayor Michael Bloomberg, and prior to that served as Communications Director for United States Senator Charles Schumer. Bradley also served as Senior Advisor to New York City Parks Commissioner Henry Stern, and was an Adjunct Professor at Fordham University. Bradley is a graduate of the University of Pennsylvania and the University of Chicago Law School. Back to Our Team 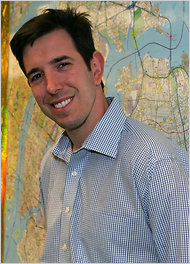