Dan Bartlett is executive vice president of corporate affairs for Walmart. He is responsible for government relations and public policy, corporate communications, philanthropy and the company’s social responsibility and sustainability initiatives. Before joining Walmart, Dan was president and chief executive officer of the U.S. division of Hill+Knowlton Strategies, where he served as a strategic advisor to business leaders representing key sectors of the American and global economy. Prior to Hill+Knowlton Strategies, Dan served as president and CEO of Public Strategies, Inc. Previously, he served in several high-ranking positions at the White House, completing his service as counselor to President George W. Bush in July 2007. As one of President Bush’s most trusted advisors, he was responsible for all aspects of communications for the president and his administration, including the White House press office, speechwriting and office of communications. Dan also played key roles in George W. Bush’s presidential and Texas gubernatorial campaigns. Dan is a graduate of the University of Texas at Austin and has served as an adjunct faculty member at the University of Texas LBJ School of Public Affairs and a fellow of the school’s Center for Politics and Governance. He also serves on the board of directors of Trek Bicycles. 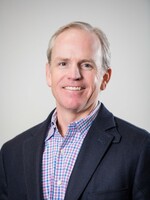