President and CEO of the Dallas Fed

Richard W. Fisher assumed the office of president and CEO of the Federal Reserve Bank of Dallas on April 4, 2005. In this role, Fisher serves as a member of the Federal Open Market Committee, the Federal Reserve's principal monetary policymaking group. Fisher is former vice chairman of Kissinger McLarty Associates, a strategic advisory firm chaired by former Secretary of State Henry Kissinger. Fisher began his career in 1975 at the private bank of Brown Brothers Harriman & Co., where he specialized in fixed income and foreign exchange markets. He became assistant to the secretary of the Treasury during the Carter administration, working on issues related to the dollar crisis of 1978–79. He then returned to Brown Brothers to found their Texas operations in Dallas. In 1987, Fisher created Fisher Capital Management and a separate funds-management firm, Fisher Ewing Partners. Fisher Ewing's sole fund, Value Partners, earned a compound rate of return of 24 percent per annum during his period as managing partner. He sold his controlling interests in both firms when he rejoined the government in 1997. From 1997 to 2001, Fisher was deputy U.S. trade representative with the rank of ambassador. He oversaw the implementation of NAFTA and various agreements with Vietnam, Korea, Japan, Chile and Singapore. He was a senior member of the team that negotiated the bilateral accords for China's and Taiwan's accession to the World Trade Organization. Throughout his career, Fisher has served on numerous for-profit and not-for-profit boards. He has also maintained his academic interests, teaching graduate courses and serving on several university boards. Fisher serves on Harvard University's Board of Overseers, one of the university's two governing boards. He was a Weatherhead Fellow at Harvard in 2001, is an honorary fellow of Hertford College at Oxford University, and is a fellow of the American Academy of Arts and Sciences. A first-generation American, Fisher is equally fluent in Spanish and English, having spent his formative years in Mexico. He attended the U.S. Naval Academy (1967–69), graduated with honors from Harvard University in economics (1971), read Latin American politics at Oxford (1972–73) and received an M.B.A. from Stanford University (1975). In October of 2006, Fisher received the Service to Democracy Award and Dwight D. Eisenhower Medal for Public Service from the American Assembly. In April 2009, he was inducted into the Dallas Business Hall of Fame. 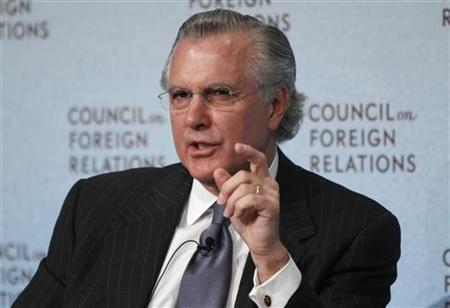