Prior to forming Herring Creek Capital in November 2012, Steve Galbraith was a Partner at Maverick Capital where he had portfolio and general management responsibilities and Chaired the firm’s Advisory Committee. Before joining Maverick in 2004, Mr. Galbraith was the Chief Investment Officer at Morgan Stanley where he was the top ranked investment strategist on Wall Street in the annual Institutional Investor research poll in 2002 and 2003. Prior to Morgan Stanley, he was a Partner at Sanford Bernstein where he was a highly ranked analyst in the packaged goods industry and the financial services sector. From 1998 to 2008, Mr. Galbraith was an Adjunct Professor at Columbia University Business School, where he taught securities analysis. Mr. Galbraith serves on the Board of Trustees of Tufts University and the National Constitution Center in Philadelphia and the Board of Directors of Narragansett Brewing Company, Pzena Investment Management and the Success Charter Network. Mr. Galbraith was recently appointed by the U.S. Treasury as an Advisor to the Financial Research Group. He received his BA (summa cum laude) from Tufts University, where he was elected to Phi Beta Kappa. Mr. Galbraith’s humbling professional experiences include being named one of the most influential people on Wall Street while at Morgan Stanley despite the fact he did not rank in the top three in his own family (of four). 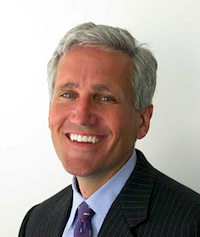