Former wife of Stephen A. Wynn

Mrs. Wynn has served as a director of the Company since October 2002. In addition to her corporate responsibilities, since 1995 Mrs. Wynn has co-chaired the Greater Las Vegas After-School All-Stars. She is the founding Chairperson of Communities-in-Schools of Nevada and was recently appointed as Chairperson of the national board of Communities in Schools. She also currently serves on the State Council to Establish Academic Standards in Nevada. Mrs. Wynn served as a director for Mirage Resorts, Incorporated from 1976 until 2000. Mrs. Wynn is married to Stephen A. Wynn, but an action to dissolve their marriage has been filed. The Wynns have two children, daughters Kevyn and Gillian, who live in Las Vegas and have seven children between them. Elaine Pascal Wynn was born in New York City but later moved with her family to Florida, where she graduated from Miami Beach High School in 1960. After high school, she attended UCLA before transferring to George Washington University in Washington, D.C. She graduated from GWU in 1964 with a Bachelor of Arts degree in Political Science. 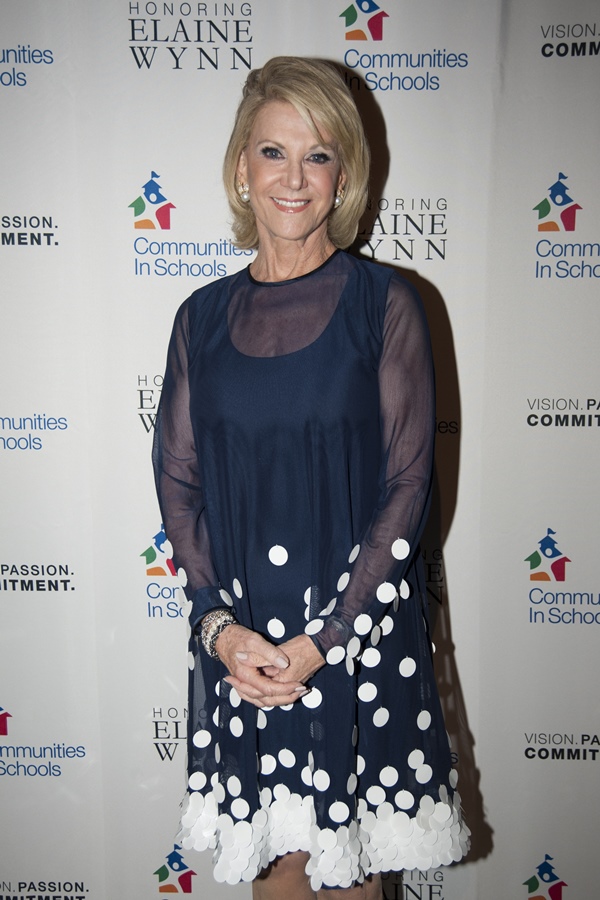