former US Representative from Colorado

former U.S. Representative from Colorado; born in Lafayette, Boulder County, Colo., September 22, 1948; B.S., University of Colorado, 1970; farmer; business owner; chair, Republican State Central Committee of Colorado, 1999-2002; elected as a Republican to the One Hundred Eighth and to the succeeding Congress (January 3, 2003-January 3, 2007); not a candidate for reelection, but was an unsuccessful candidate for Governor of Colorado in 2006. 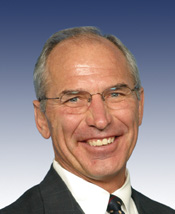