Mr. Nolop, 57, has served as chief financial officer of Pitney Bowes, Inc. since 2000. Prior to joining Pitney Bowes, he was a managing director at Wasserstein Perella & Co. for seven years. From 1986 to 1993, Mr. Nolop was with Goldman Sachs, and also previously held positions with both Kimberly-Clark and Morgan Stanley. The Board has determined that Mr. Nolop is independent from management under MMC's director independence standards, as well as for the purpose of NYSE-listed company standards. With this election, MMC's Board now consists of 12 members, including 11 independent directors. Mr. Nolop also serves on the board of directors of JA Worldwide, the world's largest organization dedicated to inspiring and preparing young people to succeed in a global economy, as well as the board of the Regional Plan Association, a non-profit organization dedicated to improving the quality of life in the New York/New Jersey/Connecticut metropolitan region. 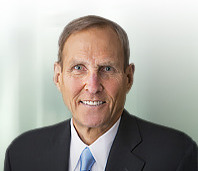