The White House announced Wednesday, June 10 that Feinberg - who oversaw the 9/11 victims' compensation fund - is the new pay czar, or Special Master of Compensation. "Feinberg will have broad authority to set pay limits for the top 100 employees of institutions that have received a substantial amount of TARP funds," says MarketWatch, including GM, Bank of America, and AIG. FORMER BIO: Kenneth R. Feinberg is one of the nation’s leading experts in mediation and alternative dispute resolution and the managing partner and founder of The Feinberg Group. He was appointed by the Attorney General of the United States to serve as the Special Master of the Federal September 11th Victim Compensation Fund of 2001. In this capacity, he developed and promulgated the Regulations governing the administration of the Fund and administered all aspects of the program, including evaluating applications, determining appropriate compensation and disseminating awards. He is also Fund Administrator of the Restitution Fund in In Re: United States of America v. Computer Associates International, Inc., designated by the Department of Justice and approved by the Federal District Court. In this capacity, Mr. Feinberg is responsible for the design, implementation and administration of a small restitution fund exceeding $225 million. Early in his career, Mr. Feinberg was a Law Clerk for Chief Judge Stanley H. Fuld, New York State Court of Appeals from 1970 to 1972 and Assistant United States Attorney, Southern District of New York from 1972 to 1975. He served as Special Counsel, United States Senate Committee on the Judiciary from 1975 to 1980; Administrative Assistant to Senator Edward M. Kennedy from 1977 to 1979; and was a partner at Kaye, Scholer, Fierman, Hays & Handler from 1980 to 1993 before founding The Feinberg Group in 1993. Mr. Feinberg has been Court-Appointed Special Settlement Master, mediator and arbitrator in thousands of disputes involving such issues as mass torts, breach of contract, antitrust and civil RICO violations, civil fraud, product liability, insurance coverage, and various commercial and environmental matters. Mr. Feinberg was also one of three arbitrators selected to determine the fair market value of the original Zapruder film of the Kennedy assassination and was one of two arbitrators selected to determine the allocation of legal fees in the Holocaust slave labor litigation. Mr. Feinberg was a member of the Presidential Advisory Commission on Human Radiation Experiments from 1994 to 1998; the Presidential Commission on Catastrophic Nuclear Accidents from 1989 to 1990 and the Carnegie Commission Task Force on Science and Technology in Judicial and Regulatory Decision Making from 1989 to 1993. He is currently a member of the National Judicial Panel, Center for Public Resources, and chaired the American Bar Association Special Committee on Mass Torts from 1988 to 1989. He is also an arbitrator for the American Arbitration Association. He is the author of numerous articles and essays on mediation, mass torts and other matters and has recently published a book, What Is Life Worth? The Unprecedented Effort to Compensate the Victims of 9/11 (PublicAffairs, 2005). 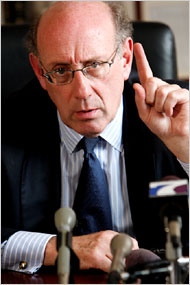