Roland Wallace Burris was born Aug. 3, 1937, in Centralia, Ill., to Earl and Emma Burris. He was the youngest of three children. Burris graduated from Southern Illinois University in 1959 with a degree in political science. He earned his law degree from Howard University in 1963. In 1978, Burris was elected comptroller, making him the first African-American to hold statewide office in Illinois. He would go on to serve three terms as comptroller and one term as attorney general. A Senator from Illinois; born in Centralia, Ill., August 3, 1937; B.A., Southern Illinois University, Carbondale, Ill., 1959; J.D., Howard University, 1963; national bank examiner for comptroller of the currency, U.S. Treasury Department 1963-1964; bank executive; director, Illinois State Department of General Services 1973-1976; Illinois State comptroller 1978-1990, the first African American elected to statewide office in Illinois; unsuccessful candidate for the Democratic nomination for United States senator in1984; Illinois State attorney general 1991-1995; trustee, Financial Accounting Foundation board 1991-1994; unsuccessful candidate for the Democratic nomination for governor in 1994, 1998, and 2002; practiced law in Chicago, Ill.; appointed as a Democrat to the United States Senate on December 31, 2008, to fill the vacancy caused by the resignation of Barack Obama, but credentials were not in order until January 12, 2009; took the oath of office on January 15, 2009, and served until November 29, 2010, a successor having been chosen in a special election; not a candidate for election to the unexpired portion of the term. 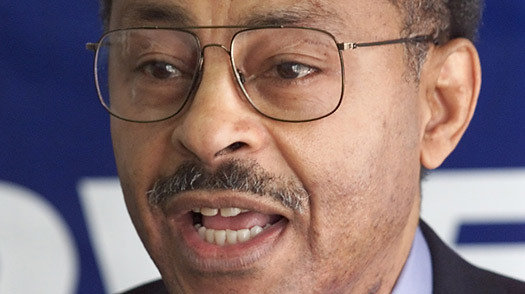