He was the first hire at the now widely respected Glover Park Group, leaving a decade later as Managing Director. In 2011, he was tapped to grow a public affairs practice at SKDKnickerbocker. In those roles, he advised clients on some of the most complex media and communications challenges of the past decades; he went on to found Clyde Group in 2014. Slater conceived and executed highly successful public affairs campaigns for the entertainment software industry and major studios, as well as blue chip companies including Ford, American Airlines and the Apollo Education Group. He has developed a track-record in progressive politics, conducting impactful communications efforts for The American Postal Workers Union, Advancement Project, People for the American Way and The National Air Traffic Controllers Association. In the education space, Slater has led major communications efforts for New York University, Hamilton College, the Annenberg School at the University of Pennsylvania, Capella University and University of Phoenix. In the foundation space he has worked on educational initiatives for Strada Education Network (formerly USA Funds), Gallup, The US Chamber Foundation, Sallie Mae and America Saves. His educational experience includes advising college leaders on positioning, promoting major new academic initiatives, dealing with challenging situations and promoting positive educational outcomes. His work leading the Center for Constitutional Rights’ Beyond Guantanamo campaign was awarded the prize for the most successful public affairs campaign of the year by Bulldog Reporter. He previously wrote a regular column for The Guardian newspaper in London, and his work has also been featured in The New York Times, The Washington Post, The Wall Street Journal and The Financial Times. He co-authored the “Nonprofit Guide to Going Green.” A strong leader and creative force, Slater has also been awarded four “Pollies” and two “Tellie Awards” honoring his leadership in public affairs and campaign management, and was most recently named to PRWeek’s 2016 “40 Under 40” List. He chairs the board of Whitman-Walker Health, an organization for which he led a major rebranding campaign. Slater holds a master of arts degree in Communications from the Annenberg School at the University of Pennsylvania and bachelor of arts and master of arts degrees from the University of Cambridge, where he was president of the Cambridge Union. He lives in Washington D.C. 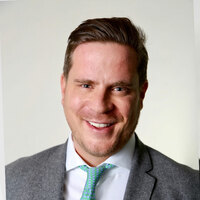