US Representative from Louisiana

A Representative from Louisiana; born in Crowley, Acadia Parish, La., January 5, 1960; graduated from Notre Dame High School, Acadia Parish, La., 1978; B.A., Louisiana State University, Shreveport, La., 1982; aide to father, Louisiana state representative, John N. John, Jr., 1974-1982; member of the Louisiana state house of representatives, 1988-1996; charter member of the Crowley, La., chamber of commerce; Crowley, La., board of alderman, 1984-1988; elected as a Democrat to the One Hundred Fifth Congress and to the three succeeding Congresses (January 3, 1997- January 3, 2005); not a candidate for reelection, but was an unsuccessful candidate for the United States Senate in 2004. John, 46, a four-term congressman from Louisiana, was a member of the Committees on Energy and Commerce, Resources and Agriculture. He also served as Chairman of the Blue Dog Coalition, a centrist group of more than 30 Democrat members of Congress. John was considered one of the leading advocates for energy-related matters in the House of Representatives. 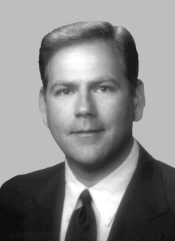