Judson Bergman, 62, and his wife, Mary Miller-Bergman, 57, of Barrington, died in the crash. Bergman was a co-founder and CEO of Envestnet, Inc., a publicly-traded financial services firm that provides technology and other services for financial advisers and institutions. Miller-Bergman founded Hanover Hill Wealth Advisors, an independent wealth management firm based in Chicago's Lincoln Park neighborhood. They were both killed Thursday October 3 2019 in San Francisco after a woman driving the wrong way crashed into a taxi they were riding in, according to authorities. Bergman and Bill Crager founded Envestnet in 1999 and built the Loop-based firm into a company that provides data aggregation and analytics to more than 25 million customers, according to its website. The company manages more than 88,000 advisers and supports more than $2.6 trillion in advised assets. Before starting Envestnet, Bergman was managing director for mutual funds at Nuveen Investments and also directed Nuveen's product and corporate development. He received a bachelor's degree in English from Wheaton College and a master's in business administration from Columbia University, with a concentration in finance and accounting. Judson Bergman's daughter, Natalie Bergman, is the lead singer of the Chicago-based band Wild Belle, which she started with her brother, Elliot. 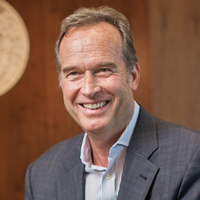