A Representative from Ohio; born in McKees Rocks, Allegheny County, Pa., May 13, 1952; attended the public schools in McKees Rocks; B.A., Ohio State University, Columbus, 1974; administrative assistant to State senator, 1975-1977; elected to the Ohio Legislature, 1979-1982; elected as a Republican to the Ninety-eighth and to the eight succeeding Congresses (January 3, 1983-January 3, 2001); chairman, Committee on the Budget (One Hundred Fourth through One Hundred Sixth Congresses); was not a candidate for reelection to the One Hundred Seventh Congress. John R. Kasich has served continuously as a director of the Company since 2001 and is a member of the Compensation Committee and the Nominating and Governance Committee. Mr. Kasich has been Managing Director of the Investment Banking Group of Lehman Brothers Holdings Incorporated, in Columbus, Ohio, since January 2001. For more than five years prior to that time, Mr. Kasich was a member of the U. S. House of Representatives. Mr. Kasich is a contributor on the Fox News Channel. Mr. Kasich is also a director of Invacare Corporation and serves as the Chair of its Nominating Committee. Kasich was sworn in as Ohio’s 69th governor on January, 10, 2011. Kasich,is a 1974 graduate of The Ohio State University and lives in Westerville with his wife, Karen Waldbillig Kasich, and their twin daughters, Emma and Reese. 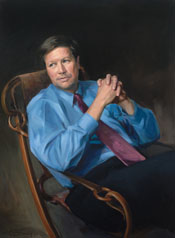