Bill Budinger, inventor, holder of over three dozen patents, founded and served for 33 years as CEO and Chairman of Rodel, Inc. Rodel built plants in Delaware, Arizona, North Carolina, Germany, Japan, and Malaysia to manufacture products for the electronics industry. It was privately held until it joined Rohm and Haas' Shipley Electronics Group in 1997 - 2001, now part of Dow Chemical. Bill has served on numerous corporate and non-profit boards and has been a guest lecturer at several universities including MIT and Harvard. His writings have appeared in various law journals as well as trade and public policy magazines. He drafted much of the 1998 patent reform law and has testified on patent, trade, and labor law reform before various committees of the House and Senate. Most of his time is now spent helping the Rodel Foundation pursue its education reform objectives, the Aspen-Rodel Fellowships in Public Leadership, and corporate governance. In 2005, Bill received the Henry Crown Leadership Award for exemplifying values-based leadership throughout his career. 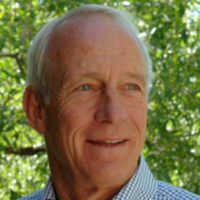