Mel Sembler founded The Sembler Company in 1962. More than half a century later, the company is still recognized for adaptability, creativity, stability. Sembler’s business savvy built one of the most accomplished full-service real estate firms in the industry. Sembler served his country as United States Ambassador to Italy from 2001 to 2005, and as U.S. Ambassador to Australia and Nauru from 1989 to 1993. A passionate civic and political activist, Sembler’s counsel and opinions are regularly sought on the world stage. He has played a leadership role in several Presidential fundraising campaigns, including serving as Finance Co-Chairman of The American Bicentennial Presidential Inaugural, raising the dollars needed for the nation’s 41st inauguration of the President of the United States. Sembler also held the role of Finance Chairman for the Republican National Committee from 1997 to 2000, and was elected Florida’s National Committeeman to the Republican National Committee, serving from 1994 until 2000. From from 1986-1987 he served as Chairman of the International Council of Shopping Centers. He is presently on the boards of the International Council of Shopping Centers, American Enterprise Institute, George Bush Presidential Library Foundation, Republican Jewish Coalition, and Moffitt Cancer Center. Sembler is also a sustaining member of the Florida Council of 100, a business advisory council to the Governor of Florida. Born in 1930 in St. Joseph, Missouri, Sembler is a 1952 graduate of Northwestern University, where he earned a Bachelor of Science degree. He and his wife Betty have three sons, eleven grandchildren and six great grandchildren. 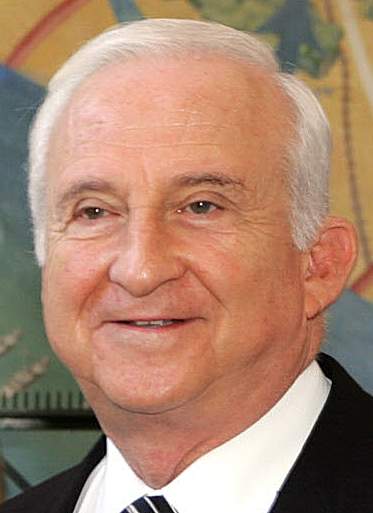