Christine A. Varney is a Partner in the law firm of Hogan & Hartson LLP, which she rejoined in 1997 after five years in government service. She leads the Internet Law practice group for the firm. Ms. Varney served as a Federal Trade Commissioner from 1994 to 1997 and as a Senior White House Advisor to President Clinton from 1993 to 1994. She also served as Chief Counsel to President Clinton's Campaign in 1992 and as General Counsel to the Democratic National Committee from 1989 to 1992. Prior to her government service, Ms. Varney practiced law with the firms of Pierson, Semmes & Finley (1986 to 1988) and Surrey & Morse (1984 to 1986). Ms. Varney was elected to the Board of Directors in February 1998 and is the Chair of the Corporate Governance and Nominating Committee and a member of the Compensation Committee. Varney is reported to have been hired by Cravath, Swaine & Moore, effective September, 2011. 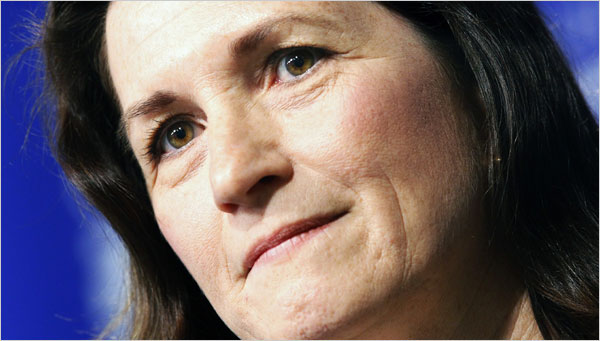