Laurence (Larry) Levy brings a rich blend of skills developed over 35 years of practice to his position as counsel in Bracewell & Giuliani LLP's New York office. Larry works with both the Ethics and Political law group and the White Collar Defense, Internal Investigations and Regulatory Enforcement practice, leveraging his experience as both a prosecutor and Inspector General in New York City; and the representation of political candidates, government officials, trade associations, non-profit organizations, political committees, and corporations in regulatory and white collar matters and/or the public policy debate. Larry's experience in election law, campaign finance and ethics has served his clients well whether they are candidates, companies, political committees, independent expenditure groups, or individuals interested in participating in the political processes of government. Larry served as chief counsel to the Rudy Giuliani Presidential Committee and has counseled candidates for the United States Senate and the House of Representatives from a variety of states, as well as candidates seeking office in New York State. He has represented clients before the Federal Election Commission, Department of Justice, Office of Government Ethics, and a number of other regulatory and prosecution agencies. His practice includes counseling non-profit and for profit corporations, individuals and PACs regarding compliance with diverse regulatory frameworks regarding fundraising and expenditures for political campaigns, charities and independent expenditure messaging, as well as the permissible limits of issue advocacy and express advocacy. Larry's work with the White Collar practice has focused on the representation of businesses and individuals under investigation and/or charged with criminal conduct, and the internal investigation, review and analysis of corporations faced with potential regulatory or criminal investigations. His practice includes leading proactive internal reviews of corporate compliance programs ranging from global pharmaceutical firms to not for profit organizations. Larry had a distinguished career in City Government serving as deputy counsel to Mayor Giuliani from 1997 through the end of this term, following 14 years of service as special or senior litigating corporation counsel. In those positions, he served on the executive staff of the nation's largest municipal law office, with more than 650 lawyers, litigating cases involving the removal of organized crime from the city's public markets; RICO litigation against corrupt enterprises, and both civil and criminal actions against corrupt contactors, lawyers and medical professionals engaged in fraud. He supervised confidential internal investigations and represented the City and public officials in investigations conducted by other government entities. Previously, Larry served as an assistant district attorney investigating and prosecuting corruption, narcotics, murder conspiracy and fraud cases, and as an administrative law judge. From 2003 through 2007, he was counsel and director of Giuliani Partners, a management consulting firm managing corporate compliance program reviews, internal investigations and client-business development. For eight years, Larry was an adjunct assistant professor of law at Fordham University School of Law and St. John's University School of Law. He regularly teaches in the Republican National Lawyers Association Election Education School and lectures for the Practicing Law Institute and the New York City Conflicts of Interest Board. Larry is very active in charitable work. He helped to form and then lead the Twin Towers Fund, a charity that raised and distributed over $215 million after the terrorist attacks on September 11, 2001. He continues to serve as the chairman of America's Camp Foundation, which provides a week-long camp for children that lost a parent in the terrorist attacks and the children of law enforcement and firefighters killed in the line of duty. He is also on the board of the 9-11 Tribute Center and pro-bono counsel to the Nassau County Police Department Foundation. Larry is the President of the Republican National Lawyers Association. 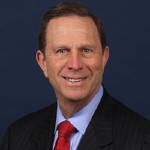