Louise M. Sunshine is the daughter of Elizabeth Pressman and Nelson Mintz, and a granddaughter of Bertha Pressman and Barney Pressman, the founder of Barneys New York. She graduated from Brandeis University and attended New York University where she took business classes in preparation for taking over her father's New Jersey real estate portfolio. She developed an interest in politics and served as the finance Chairwoman of the New York State Democratic Party during Hugh Carey's governorship. She also served as a Democratic National Committeewoman, a member of the state’s Job Development Authority, and Vice Chairman of the State Thruway Authority. During her time in government she met Donald J. Trump. From 1973-1985, Sunshine was Executive Vice President of The Trump Organization and was instrumental in the development of The Grand Hyatt Hotel and Trump Tower NY; a limited partner of Trump Plaza NY; and was responsible for the acquisition of the Barbizon Plaza Hotel site in Manhattan and the Mar-a-Lago estate in Palm Beach, FL. She was also Director of Sales and Marketing for 500 Park Tower NY and The Palace Hotel Condominium in St. Moritz, Switzerland. She established the Sunshine Group, Ltd. in 1986 with limited partner Jerry Speyer. Under her leadership the Sunshine Group flourished and was nationally recognized for its outstanding record in predevelopment planning, marketing and sales of premier luxury residential and mixed use developments in major markets throughout the country . The Sunshine Group was the exclusive marketing and sales agent for such properties as The Time Warner Center, One Beacon Court, Trump International Hotel and Tower NY, and 40 Bond. By 2000, the company reached over $8 billion in real estate sold. In 2002, she sold the Sunshine Group to NRT LLC, the largest residential real estate brokerage company in the United States. She stayed on with the new company as Chairman and CEO for three years and mentored Kelly Kennedy Mack to be the subsidiary's new President officially renamed the Corcoran Sunshine Marketing Group after being merged with another NRT subsidiary The Corcoran Group (founded by Barbara Corcoran). She was named Chairman Emeritus and acted as senior advisor to Corcoran President and CEO Pamela Liebman. Nationally recognized as the top real estate marketing expert, Louise Sunshine, President of LMS Consulting LLC, is currently the strategic advisor for Fort Partners overseeing the creation and development of both Four Seasons Hotel & Private Residences at The Surf Club in Miami Beach and Four Seasons Hotel and Private Residences in Fort Lauderdale. Sunshine has been integral in achieving record-breaking sales for both developments, leading Four Seasons Private Residences at The Surf Club to attain prices over $4,000/sf (and over $1B in inventory sold) and shattering records in Fort Lauderdale with prices over $2,000/sf. 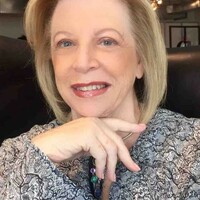