Mr. Victor H. Fazio was named Senior Advisor at Akin Gump Strauss Hauer & Feld LLP in May 2005 after serving as senior partner at Clark & Weinstock since 1999. Prior to that Mr. Fazio was a Member of Congress for 20 years representing California's third congressional district. During that time he served as a member of the Armed Services, Budget and Ethics Committees and was a member of the House Appropriations Committee where he served as Subcommittee Chair or ranking member for 18 years. Mr. Fazio was a member of the elected Leadership in the House from 1989-1998 including four years as Chair of his Party's Caucus, the third ranking position. From 1975 to 1978, Mr. Fazio served in the California Assembly and was a member of the staff of the California Assembly Speaker from 1971 to 1975. He is a member of the board of directors of various private companies and non-profit organizations including the American Political Science Association, the Energy Future Coalition, the Campaign Finance Institute, the Center for Responsible Federal Budget and California Institute, and the U.S. Capitol Historical Society. Mr. Fazio serves as a member of the Board of Governors of the American Stock Exchange. 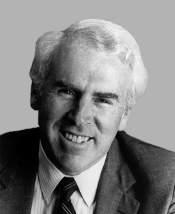