Mr. Nasser has been a Director of BHP Billiton Limited and BHP Billiton Plc since 2006 and the Chairman of each since 2010. Jacques Nasser has been a Non-Executive Advisory Partner of One Equity Partners LLP since 2010, after serving as a Senior Partner from 2002 to 2010. Following a 33-year career with Ford Motor Company in various leadership positions in Europe, Australia, Asia, South America and the United States, Mr. Nasser served as a member of the Board of Directors and as President and Chief Executive Officer of Ford Motor Company from 1998 to 2001. He has more than three decades of experience in large-scale global businesses and a decade of private equity investment and operating expertise. He is a member of the International Advisory Council of Allianz Aktiengesellschaft since February 2001. Mr. Nasser served as a Director of British Sky Broadcasting plc from 2002 to November 2012. Mr. Nasser joined the 21st Century Fox Board of Directors in June 2013.​ 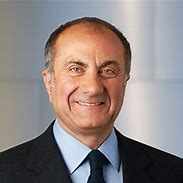