Chairman, Chief Executive Officer and President, Sunoco, Inc. (petroleum and petrochemical products). Mr. Drosdick graduated from Villanova University with a BS degree in chemical engineering and received a Master's in chemical engineering from the University of Massachusetts. Mr. Drosdick began his career with Exxon Corporation in 1968 and held a wide variety of management positions. He was named President of Tosco Corporation in 1987 and President of Ultramar Corporation in 1992. In 1996, Mr. Drosdick became President and Chief Operating Officer of Sunoco and was elected Chairman and CEO in May 2000. He is a director of H.J. Heinz Co. and Chairman of the Board of Sunoco Partners LLC, which is the general partner of Sunoco Logistic Partners L.P., a master limited partnership in which Sunoco, Inc. has a 43 percent interest. 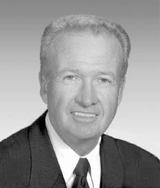