Former Global Chairman and CEO of EY, formerly known as Ernst and Young

Weinberger is the former global chairman and CEO of EY, successfully executing over 120 acquisitions to expand the organization's digital and operational capabilities in cybersecurity, artificial intelligence and data. Previously, he was Assistant Secretary of the U.S. Department of the Treasury, served on the U.S. Social Security Administration Advisory Board, was a member of President Donald J. Trump's former Strategic Policy Forum and Presient Barack H. Obama's Infrastructure Task Force. Mark Weinberger is the Global Chairman and CEO of EY, one of the largest professional services organizations in the world with approximately 260,000 people in more than 150 countries. Prior to being elected Chairman and CEO, he served as EY Global Vice Chair — Tax and Americas Vice Chair — Tax. In addition to his time at EY, Mark previously served as the Assistant Secretary of the United States Department of the Treasury (Tax Policy) in the George W. Bush Administration. Mark was also appointed by President Clinton to serve on the US Social Security Administration Advisory Board, which advises the President and Congress on all aspects of the Social Security system. Mark plays an active role in the World Economic Forum (WEF), serving as a member of its International Business Council and as a Global Agenda Steward for Economic Progress. He co-chairs the Russia Foreign Investment Advisory Council (FIAC) with Prime Minister Dmitry Medvedev, and serves as Chairman of the International Business Leaders Advisory Council (IBLAC) to the Mayor of Shanghai. He is on the Board of Directors of the Washington, DC-based US Business Roundtable and chairs its Tax and Fiscal Policy Committee. Additionally, Mark has held other US government and policy positions, including Chief of Staff of President Clinton’s 1994 Bipartisan Commission on Entitlement and Tax Reform; Chief Tax and Budget Counsel to US Senator John Danforth (R-Missouri); advisor to the National Commission on Economic Growth and Tax Reform; and Commissioner on the National Commission on Retirement Policy. Mark was co-founder of Washington Counsel, P.C., a Washington, DC-based law and legislative advisory firm that merged into EY and now operates as Washington Council EY. Mark holds a BA from Emory University in Atlanta, Georgia, an MBA and JD from Case Western Reserve University in Cleveland, Ohio, and a Master of Laws in Taxation from Georgetown University Law Center in Washington, DC. Mark has an honorary doctorate from the Kogod School of Business at American University in Washington, DC. 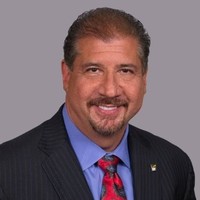