Alice Louise Walton (born October 7, 1949) is an American heiress to the fortune of Wal-Mart Stores, Inc. She is the daughter of Wal-Mart founder Sam Walton and Helen Walton, and sister of S. Robson Walton, Jim Walton and the late John T. Walton. With a net worth of $35.3 billion she is the second wealthiest woman on earth, according to Forbes. In September 2016 she was reported to own over US $11 billion in Walmart shares. She has been arrested multiple times for driving while intoxicated, and in 1989, she was involved in the speeding death of a 50-year-old woman, Oleta Hardin, a cannery worker, but no charges were filed. Alice Walton spearheaded the Walton Family Foundation's involvement in developing Crystal Bridges Museum of American Art in her hometown of Bentonville, Arkansas. The museum is an important cultural staple of the Central United States and plays a key role in the family's development of the Northwest Arkansas region. The museum's glass-and-wood design by architect Moshe Safdie and engineer Buro Happold features a series of pavilions nestled around two creek-fed ponds. The complex includes 217,000 square feet (20,200 m2) of galleries, several meeting and classroom spaces, a library, a sculpture garden, a gift shop designed by architect Marlon Blackwell, a restaurant and coffee bar, named Eleven after the day the museum opened, "11/11/11". Crystal Bridges also features a gathering space that can accommodate up to 300 people. Additionally, there are outdoor areas for concerts and public events, as well as extensive nature trails. It employs approximately 300 people, and is within walking distance of downtown Bentonville. 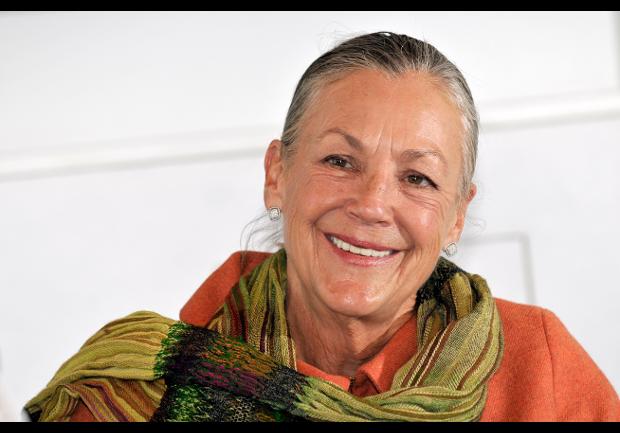