US Representative from Texas

A Representative from Texas; born in Washington, D.C., March 8, 1945; graduated from Sulphur Springs High School, Sulphur Springs, Tex., 1963; B.B.A., University of Texas, Austin, Tex., 1968; J.D., Southern Methodist University School of Law, Dallas, Tex., 1970; admitted to the Texas State bar in 1970; lawyer, private practice; district attorney, Eighth Judicial District, 1976-1985; elected as a Democrat to the Ninety-ninth Congress by special election, to fill the vacancy caused by the resignation of United States Representative Sam B. Hall, Jr.; reelected to the five succeeding Congresses (August 3, 1985-January 3, 1997); not a candidate for reelection to the One Hundred Fifth Congress in 1996, but was an unsuccessful candidate for nomination to the United States Senate. A former chairman of the Texas delegation, Mr. Chapman is a 25 year veteran of the legislative process, serving on the powerful House appropriations committee for nearly a decade, as well as the public works committee, small business committee, and the science, space and technology committee. His client counsel includes work with appropriations and budget matters, taxation, health care, energy, environment, communications and high technology initiatives, and defense and homeland security government contracts and lobbying. Prior to his service in Congress, Mr. Chapman was the elected district attorney of the Eighth Judicial District of Texas for eight years, where he achieved a 99-percent conviction record and a national reputation as a law-and-order prosecutor. 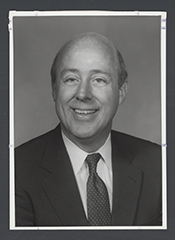