University of Colorado president, Former US Representative from Minnesota

A Representative from Minnesota; born in Benson, Swift County, Minn., April 11, 1957; graduated from St. Johns University, Collegeville, Minn., 1979; M.B.A., University of Michigan, Ann Arbor, Mich., 1983; elected as a Republican to the One Hundred Seventh and to the two succeeding Congresses (January 3, 2001-January 3, 2007); not a candidate for reelection, but was an unsuccessful candidate to the United States Senate in 2006. 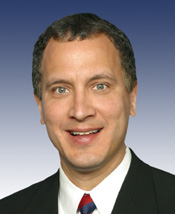