Developer Ronald Rubin, who had a hand in preserving such Center City landmarks as the Bellevue Hotel before taking the helm of what would become the region’s biggest mall landlord, PREIT, has died. He was 89. Rubin died Monday at his Penn Valley home with his family at his side, according to Gloria Hochman, a family friend. Ronald Rubin joined his father's small real estate firm in 1953. Over the years, he has guided the Company’s growth to major development in office buildings, retail centers and regional malls along the East Coast. With the acquisition at the end of 1996, of the management contracts for 26 retail properties in Chicago-based Sam Zell's portfolio, The Rubin Organization, Inc. became one of the largest full service real estate companies in the Country. On September 29, 1997, The Rubin Organization, Inc. was acquired by the Pennsylvania Real Estate Investment Trust and Ronald Rubin became the CEO. On October 18, 2001, Ronald Rubin also became Chairman of the Board. Rubin remained PREIT’s chief until 2012, when Joseph F. Coradino, then one of Rubin’s leading executives, assumed the role. Rubin stepped down from his last position at PREIT, executive chairman, in 2016. In the early '90's, Ronald Rubin spearheaded the development of the highly successful Center City District funded by local businesses and residents to assure a cleaner, safer downtown in Philadelphia, for which he served as Chairman. He is also a Trustee of the ICSC (International Council of Shopping Center). He served as Co-Chair Board of Trustees of the National Museum of American Jewish History. He was past chairman of the Greater Philadelphia Chamber of Commerce. He also served on the boards of the Franklin Institute, The Philadelphia Orchestra, Albert Einstein Medical Center, Tel Aviv University, American Friends of the Hebrew University, Continental Bank and Midlantic Bank (now PNC), PECO Energy Corporation (now Exelon Corporation), University of the Arts, the United Jewish Appeal and the Regional Performing Arts Center. 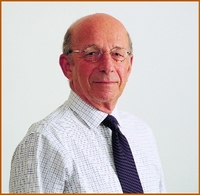