Jerome A. Chazen, Liz Claiborne’s former chief executive officer and chairman and one of the architects of the apparel giant’s phenomenal growth in the ’80s, died Sunday February 6 2022. He was 94. Born March 21, 1927 in New York City, Chazen served in the Navy in World War II and received a bachelor’s degree in economics from the University of Wisconsin-Madison, where he and Ortenberg met and were roommates. Chazen then went on to earn an MBA from Columbia Business School. He began his career as an analyst on Wall Street and spent the following 16 years in retailing, including 11 years at Winkelman’s prior to joining Claiborne. Chazen, Liz Claiborne and her husband Arthur Ortenberg in 1975 discussed the idea of forming Liz Claiborne, a plan that came to fruition in 1976. After Claiborne and Ortenberg retired in 1989, Chazen was named chairman and CEO, and chairman emeritus in 1996. Liz Claiborne died in 2007, and Ortenberg passed away in 2014. Chazen and his wife Simona, a practicing psychotherapist, were married 72 years., Along with their children, created the Chazen Foundation to support causes they were passionate about, including the University of Wisconsin, Columbia Business School, The Metropolitan Opera, the Museum of Arts and Design, The Louis Armstrong House & Archives, and the Lupus Research Alliance. In addition to his wife Simona and son David, Chazen is survived by children, Kathy Chazen (who is married to Larry Miller) and Louise Chazen Banon (husband Sidney) and seven grandchildren and a great-grandson. 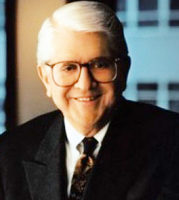