Professor of Economics, Harvard University; President and Chief Executive Officer, National Bureau of Economic Research. (a nonprofit economic research center). Director, Eli Lilly and Company. Martin Stuart Feldstein was born on Nov. 25, 1939, in the Bronx to Meyer and Esther (Gevarter) Feldstein. His father, who was known as Mac, was a lawyer. Martin Feldstein won a scholarship to Harvard, from where he graduated in 1961. He went on to earn a doctorate from Oxford University. While in England he met his future wife, Kathleen Foley, who is also an economist and with whom he would cowrite columns — including dozens for the Boston Globe’s business section in the late 1990s and early 2000s. Dr. Feldstein returned to the United States before the end of the decade to be an assistant professor of economics at Harvard. Dr. Feldstein entered the national spotlight in 1982, when he was appointed chairman of Reagan’s Council of Economic Advisers, just as the country was heading into a deep recession. Dr. Feldstein replaced Murray L. Weidenbaum. In addition to his wife, Feldstein leaves their daughters, Margaret Feldstein Borden and Janet Feldstein McKillop; a sister, Helen Feldstein; and four grandchildren. 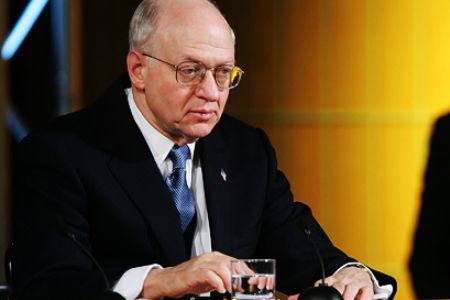