Robert I. Lipp was Senior Advisor of JPMorgan Chase until his resignation in Spetember 2008. Mr. Lipp became Senior Advisor in September 2005. He had been Executive Chairman of the Board of The St. Paul Travelers Companies, Inc. (insurance) from April 2004 until September 2005 and was Chairman and Chief Executive Officer of its predecessor company, Travelers Property Casualty Corp., from December 2001 until April 2004. He received his undergraduate degree from Williams College, an MBA from Harvard University and a J.D. from New York University. Mr. Lipp had been a director of Bank One Corporation from 2003 until 2004. He is also a director of Accenture Ltd. and The Travelers Companies, Inc. Mr. Lipp is Chairman of the Executive Committee of Trustees of Williams College and a director of the New York City Ballet. 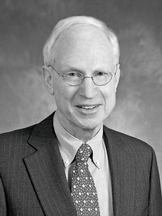