Ms. Burns is the Chairman and CEO of Mercer LLC, a subsidiary of Marsh & McLennan Companies, Inc. She joined Marsh & McLennan Companies, Inc., a global professional services and consulting firm, in March 2006 and served as Executive Vice President and CFO until September 2006. She is the former Executive Vice President, CFO, and Chief Restructuring Officer of Mirant Corporation, an energy company, where she served from April 2004 to December 2005. She served as the Executive Vice President and CFO of Delta Air Lines, Inc., an air carrier, from August 2000 through April 2004. She also serves as a director of Cisco Systems, Inc. Ms. Burns has been a member of the Board since 2003. 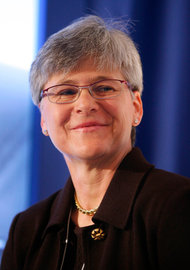