Rick Berman is President of Berman and Company, a Washington, DC-based public affairs firm specializing in research, communications, and creative advertising. Berman has founded several leading non profit organizations known for their fact-based research and their aggressive communications campaigns. A long-time consumer advocate, Rick champions individual responsibility and common sense policy. He believes that democracies require an informed public on all sides. Berman was previously employed as Executive Vice President of Public Affairs at the Pillsbury Restaurant Group, where he was responsible for the government relations programs of all restaurant operations. He was also a labor lawyer at the United States Chamber of Commerce, the Dana Corporation, and the Bethlehem Steel Corporation. Rick Berman has testified on numerous occasions before committees of the various state legislatures, the U.S. Senate and the U.S. House of Representatives. The Hill, a popular Washington, DC newspaper has named him a “Star Rainmaker” on Capitol Hill. Rick has appeared on all the major broadcast and cable television networks, and has organized national coalitions to address a wide variety of issues. 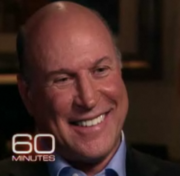